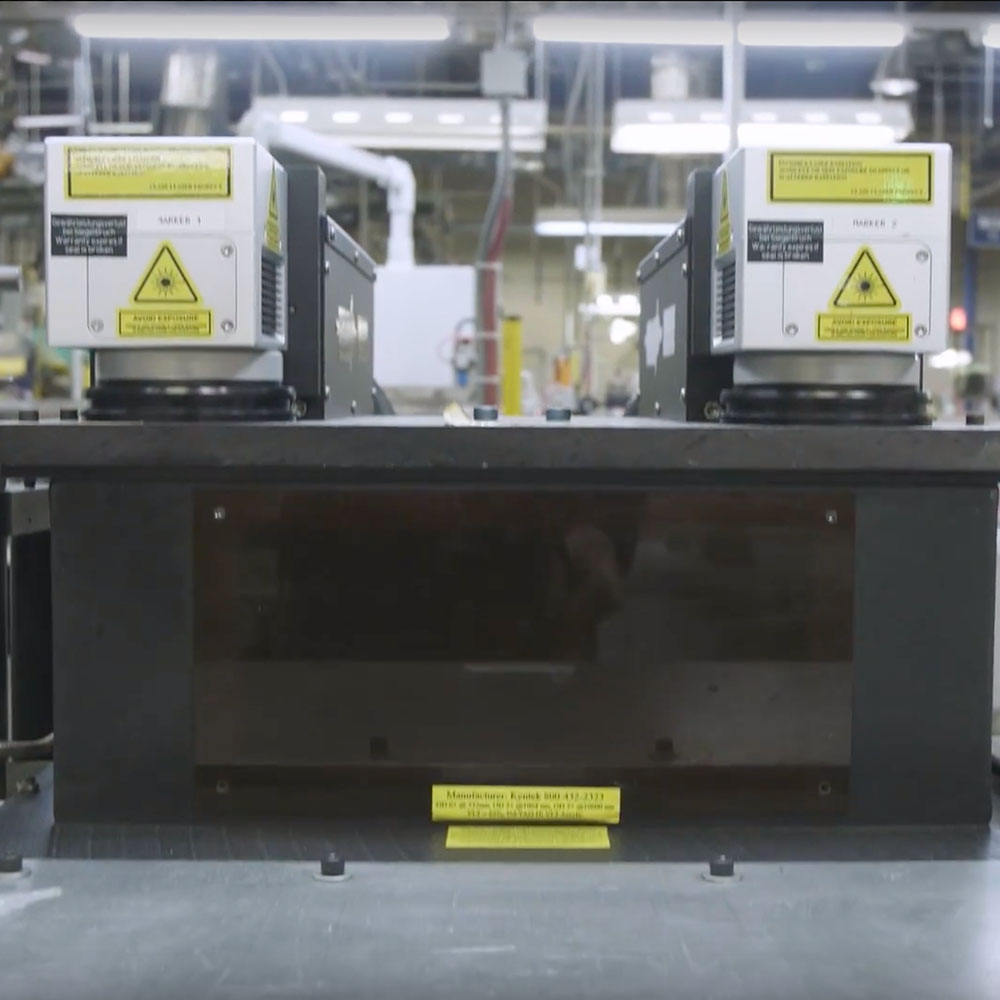 17 Dec Dual-Head Laser Marker: Two Heads are Better Than One

Posted at 17:27h in Automotive by telesis

At Telesis, we’ve worked hard to recruit some of the smartest engineers in the country. The products we build–laser marking systems, PINSTAMP® Dot Peen Markers, TeleScribe® low-noise markers, etc. –require that we do so. Our products demand precision, exactitude, and a commitment to getting things right.

So it’s no surprise that our customers tend to be manufacturers with that same commitment to engineering excellence and acumen. We’ve built our business by building tools for the most demanding of manufacturers.

And it also shouldn’t be a surprise that when we combine our smarts with those of our customers, things happen that, well, do surprise us.

For example, when our engineers created our proprietary Dual Head Pulsed Fiber Laser Marking System, we saw it as a way to eliminate the need for a robot to flip over a part that needed to be marked on two sides. There’s a lot more to the  Dual Head system, but the core idea was that by using a single controller to run two lasers, we could help our customers save money by reducing the need to manipulate a part.

One of the first customers for the Dual Head Laser Marker was Nissan® USA. But the engineers there saw a slightly different use for the system. If you visit their plant you’ll see that the left-handed cylinder head and the right-handed cylinder head move down separate assembly lines. And by positioning our marker appropriately, the single controller runs a laser that marks the cylinder-head pieces on both lines.

It’s an elegant solution that saves time and effort. And that’s the sort of thing that happens when our engineers work with your engineers.

Because two (cylinder) heads are better than one.